The Impact of Exponential Technology Trends

During the past year, we bore witness to incredible exponential technology trends and their potential for a positive impact on humanity. We observed the onset of the internet’s third wave and witnessed the continued rise of the social entrepreneur. Increasingly, the Internet of Things (IoT) became the Internet of Everything (IoE) as digital device connectivity reached an all time high.

As information technology continues on its exponential growth curve, we are going to see the impact extend well beyond the digital realm. Traditional industries such as healthcare, education, transportation, and energy are ripe for disruption by exponential technologies.

A Year of Digital Transformation & Impact

As humanity has grown progressively more connected through the web, we have gained the ability to create wealth and abundance in an accelerated manner for all people. We’ve also enabled world changing ideas to spread faster which in turn delivers transformational impact.

This past year was truly an amazing one for tech with innovations in several key fields. In this post, I’ve compiled a shortlist of exponential technology trends impacting humanity.

The idea of hyperconnectivity is to connect every person on the planet to the Internet free of charge. With it comes the potential for everyone to become an exponential entrepreneur and help co-create humanity’s rise to abundance.

Numerous initiatives are currently underway with the goal of providing hyperconnectivity from giant balloons and Internet satellites to solar powered drones. In 2010, 1.8 billion people connected to the internet. Today, that number is about 3 billion, and by 2022 – 2025, that number will approach the 8 billion mark.

Hyper connectivity is allowing startups to tap into financial streams with greater ease (as we have witnessed with crowdfunding), transforming human socialization, communication, business practices, and almost every aspect of human life. The potential for wealth generation is predicted to be unlike anything ever experienced in the history of commerce when the rising billion first come online.

You have crossed paths with AI in your life without even knowing it. Take Siri. Talk to her on your Apple iOS, and she is your personal assistant, GPS, and local pizza joint locator. Artificial intelligence is the mainstay of Google’s search algorithms. Everything from robotics to healthcare, stock trading to law, are influenced by AI and it has the potential to change the way mankind performs all types of work – forever. As far as exponential technology trends, artificial intelligence is one of the most important, and most controversial.

This year was huge for AI including an algorithm that successfully predicted the 2016 election, a computer that wrote a novel and a speech recognition program that performs better than humans. This is barely the tip of the AI iceberg so expect much more developments in 2017.

3. The Internet of Everything (IoE)

The Internet of Everything (IoE) refers to the digital connectivity of every item in our lives (such as our clothes, cars and even a crock pot). With it comes the potential to change everything from how we live to how we work. Imagine waking up and having your health vitals display on your bathroom mirror from sensors in the bathroom. As you go about your day, Internet connected smart clothes monitor your health and provide realtime feedback.

The research and analytics firm Gartner predicts 26 billion devices to have online connectivity by 2020. However, the IoE is in its infancy and, according to Luis Galvez, director of the Internet of Things Consortium, the IoT is in a developmentally similar state to that of early computer development. “The current state of the Internet of Things is very fragmented,” Galvez explains, “(Different companies and organizations) are building out their own platforms for either their customers or their individual needs.”

The value of the IoE will become increasingly apparent as it is fully fleshed out, especially as exponential technology trends grow. Homes, hospitals, even entire cities, could potentially run more efficiently. Some economic experts predict the economic promise to be tremendous a $19 trillion global opportunity over the next decade.

This year saw huge strides in virtual reality and augmented reality. Pokemon GO took the world by storm as the first AR smartphone game while Facebook launched the Oculus Rift headset. Here’s an overview of how VR / AR differ:

When one sees “virtual reality,” one thinks of video games, which has been a wildly popular use for the devices. But what purposes can VR and AR have for practical, real-life applications? Can these devices have usefulness beyond that of a better gaming experience? The answer is a resounding “yes.”

These are just a few examples of the many practical uses for VR/AR besides those of gaming and the world changing impact is just beginning to be felt.

Nanotechnology is another area of growing, exponential technology trends. The Center for Responsible Nanotechnology defines nanotech in the simplest of terms – “the engineering of functional systems at the molecular scale.”

Gene therapy transplants normal genes into cells with missing or defective ones, to correct genetic disorders. The challenge now is delivering those genes to the appropriate positions on the defective cells. Gene therapy differs vastly from conventional chemotherapy as it delivers drugs (or genes) to diseased cells without affecting non-diseased organs. This is where nanotechnology holds the most promise for medicine.

Gene Drexler created the word “nanotechnology” in his seminal paper on the topic in 1981. He described how this “molecular engineering” would work – “This path will involve construction of molecular machinery able to position reactive groups to atomic precision. It could lead to great advances in computational devices and in the ability to manipulate biological materials.”

Nanotechnology is being scrutinized for a wide range of biological activities, from stem cell therapies to cancer immunotherapy, immune system stimulation, and much more. When we experience the full flowering of the nanotechnology revolution, we will be able to program our bodies away from disease and poor health and extend the human lifespan significantly.

Every decade since the 1950’s has seen its share of experimental, functional, autonomous automobiles. However, the last seven years have been the most fruitful – with Google, Tesla, and Uber leading the pack in exponential technology trends for the AV industry. Ford and Volvo have been working on versions as well and it seems that every car company is jockeying for position for perfecting the autonomous ride.

In October 2016, Elon Musk, CEO of Tesla, announced that by the end of 2017, the world will see its first, fully autonomous car – Tesla Autopilot. Tesla seems to be leaving its competition in the dust as the rest of the pack, Google, Ford, GM, Mercedes, et al., will not be ready until the 2021 timeframe (Google and Baidu hope to get there much sooner).

Why trust your life with a computer on wheels? According to Musk, safety is one factor, as the Teslas have traveled 130 million miles without one fatality (compared to the national average of 1 per 94 million). Experts believe that AV’s will provide profound societal changes such as-

According to Dr. Peter Diamandis’ “Tech Blog,” the World Economic Forum reported that solar and wind energy is now the same price or cheaper than new fossil fuel capacity in more than 30 countries. Additionally, the Forum concluded that “…renewable energy technology, especially solar and wind, has made exponential gains in efficiency in recent years, enough to achieve economic competitiveness and, in an increasing number of cases, grid parity.”

They also added that renewable infrastructure exhibits sizeable investment potential. In the past five years, “available solar panel efficiency jumped from about 15% to 22%, after two decades of near stagnation.” Additional points of note from Dr. Diamandis’ blog –

The Next Evolution In Humanity & Tech

One thing is for certain, 2016 has taught us that abundance is well within our grasp. I have highlighted seven exponential technology trends that I find most enlightening, but many more examples exist.

We are seeing, now more than any time in history, technology growing faster, more affordable, and increasingly accessible to anyone who wants it. Digital disruption is within the grasp of anyone, huge wealth creation opportunities abound, and more people than ever are applying the principles of social entrepreneurialism to drive real world change and sustainable profitability.

Want to learn more about how a comprehensive digital strategy can drive ROI for your business or your clients? Then watch my free webinar and schedule a free 30 minute strategy session with me. 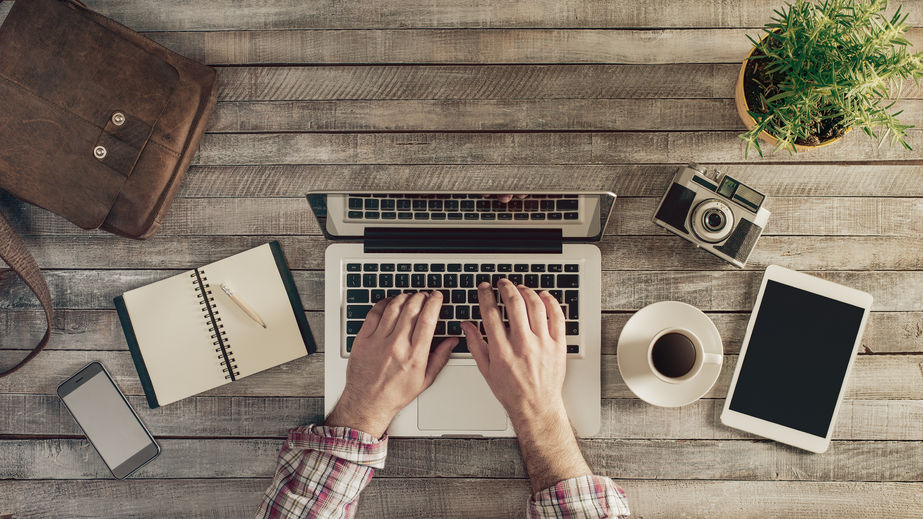 Developing Your Earned Media SEO Strategy As a digital marketing strategist at a global PR firm, I often get questions... 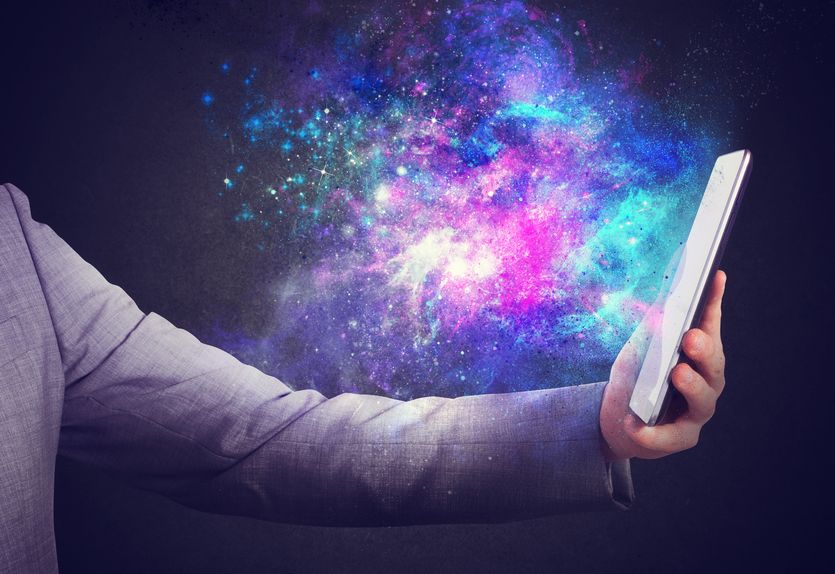 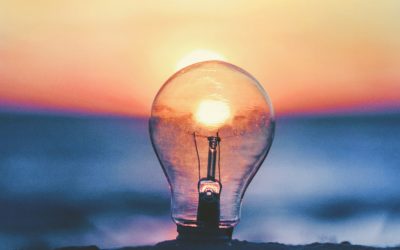 As businesses everywhere learn to lead more with empathy, the PR industry is well positioned to assist in this...